The scheduled screening of Czyżyk’s docufiction film I Want to Build a Rocket at the Zachęta Screening Room has been canceled due to the pandemic. Instead, we will host an online discussion between Monika and curators Stanisław Welbel (Austrian Cultural Council in Warsaw, PL) and Song Yi (Institute for Provocation in Beijing, China) on Wednesday, November 18th @ 18:00.

I Want to Build A Rocket (v.1) Screening + Conversation
18.11.2020, online
18:00 (GMT+1)
Bamboo is an extraordinary plant (actually, technically, an evergreen perennial flowering grass). One of the fastest-growing in the world, it is also incredibly versatile in how it is used by humans (for food, construction, fuel, fabric, defense, and more) and most likely because of this versatility, there are many legends and mythologies attached to the plant. Bamboo has two growth patterns, ‘clumping’ or ‘running’. Clumping bamboo tends to spread slowly with gradual expansion of the rhizome while running bamboo has a more aggressive rhizome, spreading widely underground, sending up new clumps across the earth's surface. Another curious feature is their synchronous flowering habit—irrespective of geographic location or climate, plants derived from the same mother will flower in unison, across the globe, as if cued by some congenital alarm.

Monika’s fascination with bamboo began during a visit to Anhui Province while on residency in Beijing. Surrounded by a bamboo forest, with the local processing plant providing the primary source of income for the community, it was also a time during which the area was undergoing a tourism-focused ‘modernization’ which was supported by a governmental revitalization program. She recalled the Polish saying ‘przepis na zachod’ (recipe for Westernization), as small things like the introduction of coffee to menus became noticeable, and was spontaneously compelled to make a bamboo rocket. And so with support from the communities of Wanjian and Shangcun, she began the process of building the rocket.

Bamboocene: Memories of Synchronicity is a multi-year multimedia project which features a docufiction film called "I Want to Build a Rocket". Shot on location in China, Finland, and Poland, the film explores several themes: community revitalization, tourist-centric gentrification, ecological fiction, synchronicity, bamboo, and international space programs. The idiosyncratic film is presented as a multi-vocal travelogue with songs, collaborative performance art, experimental animations, and documentary elements that co-exist to deliver the narrative. The film is accompanied by sculptures created in Beijing and Vartiosaari Island (FI), with bamboo recycled from previous exhibitions in China as well as newer bamboo grown in the Netherlands. The sculptures are a playful homage to the first self-propelled, ground crawling bamboo fireworks and rockets, called ‘earth rats’, that were created in China during the Sung Dynasty (960-1279 CE).

Through the collective works, Czyżyk asks if these folk cultures will be able to metabolize such global transformations/modernizations. Will it help them to survive and flourish, or will it ultimately be their end?


Bamboocene: Memories of Synchronicity was commissioned by the municipalities of Wanjian and Shangcun in Anhui Province (CN). It was created in cooperation with the Institute for Provocation, an artist residency in Beijing, and the China Academy of Urban Planning and Design and is supported by the Kone Foundation, the Finnish Cultural Foundation, and Frame Finland. 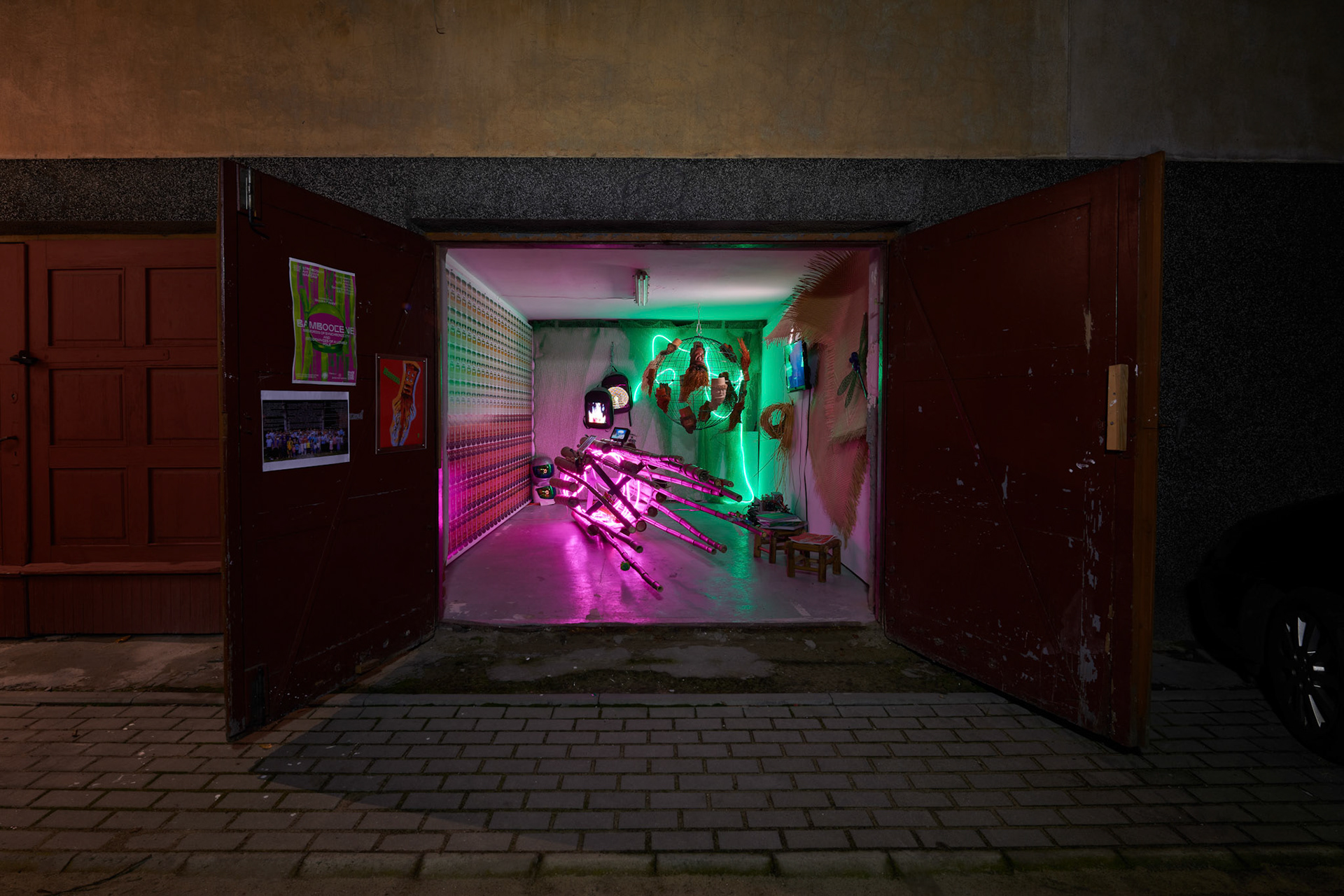 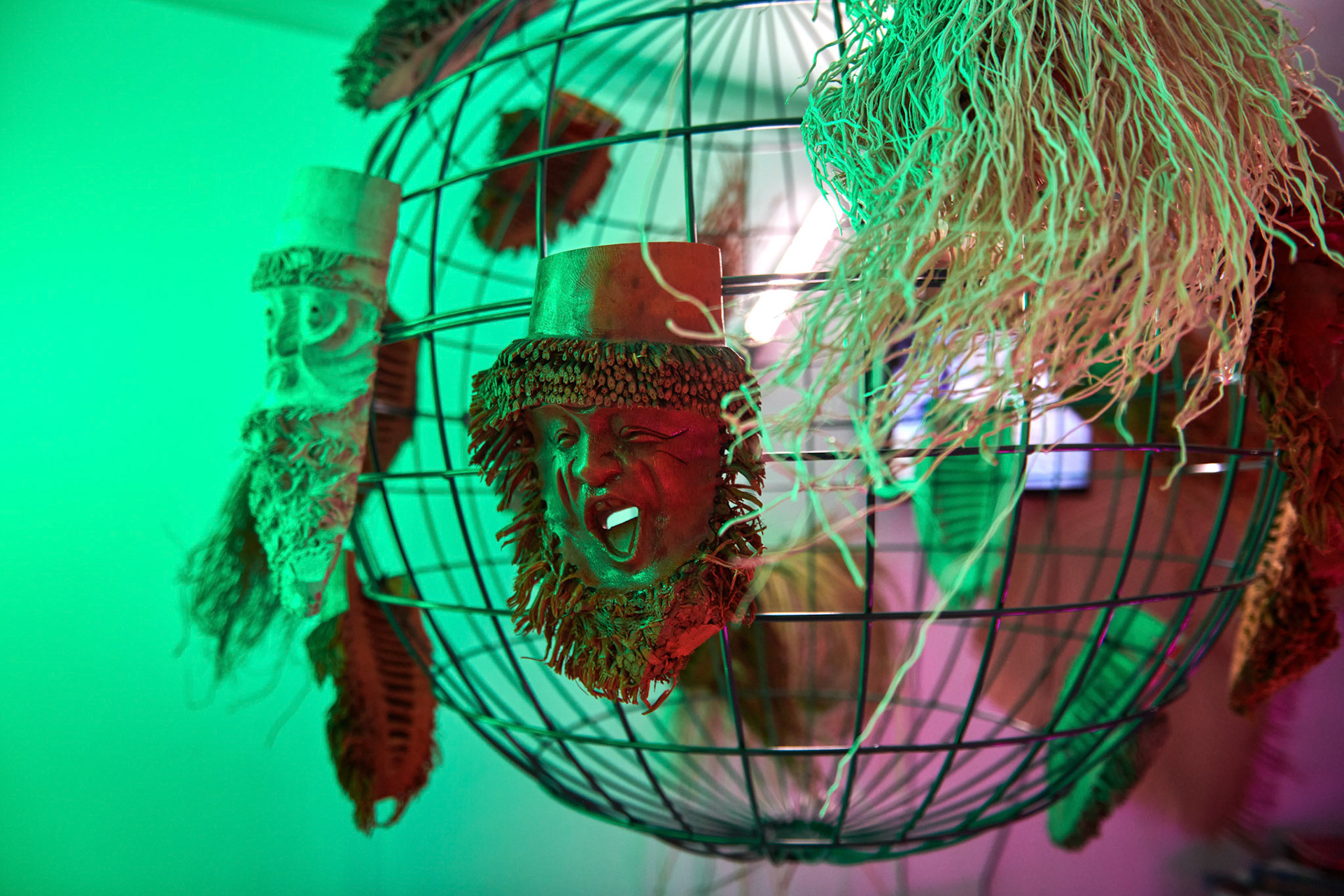 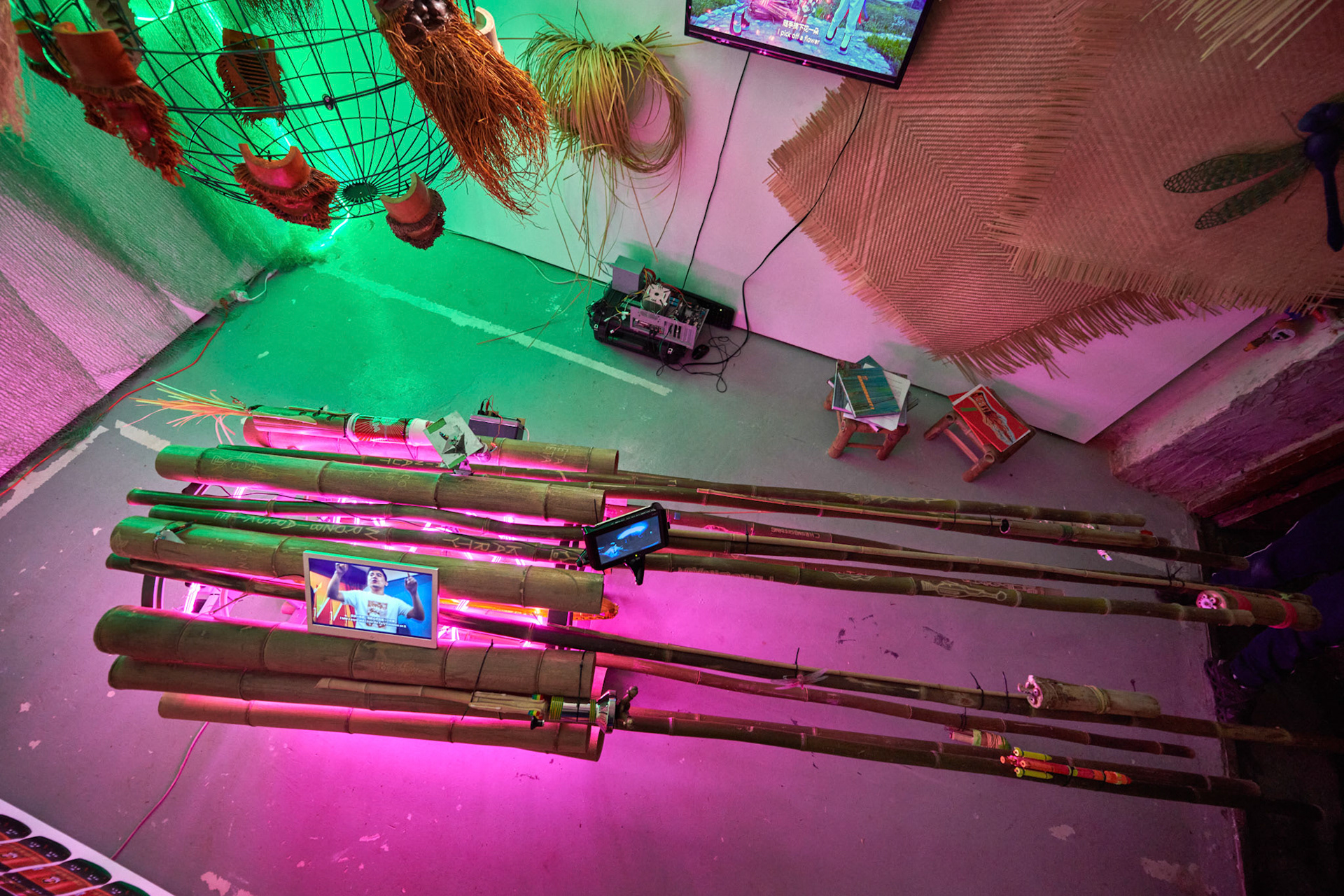 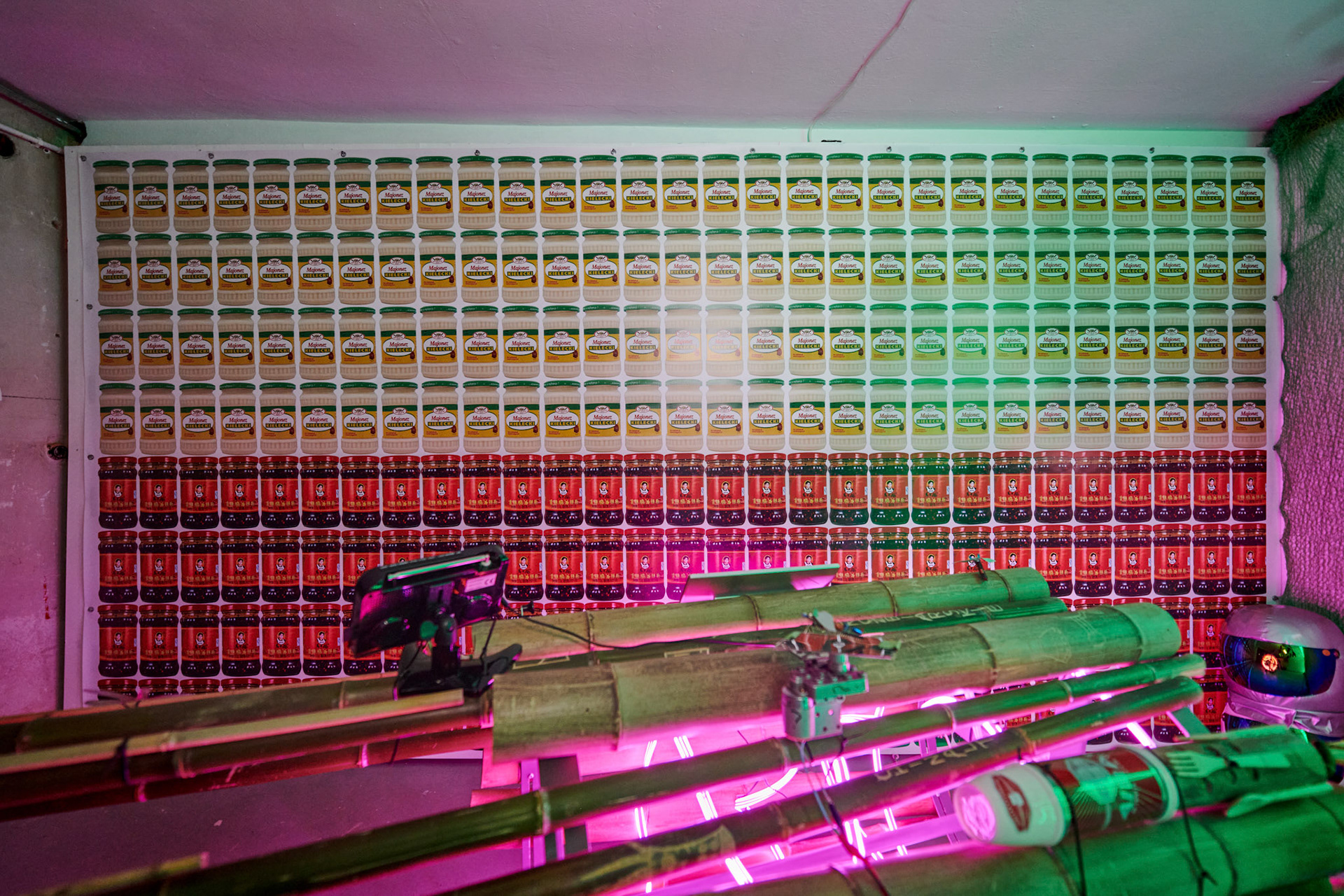 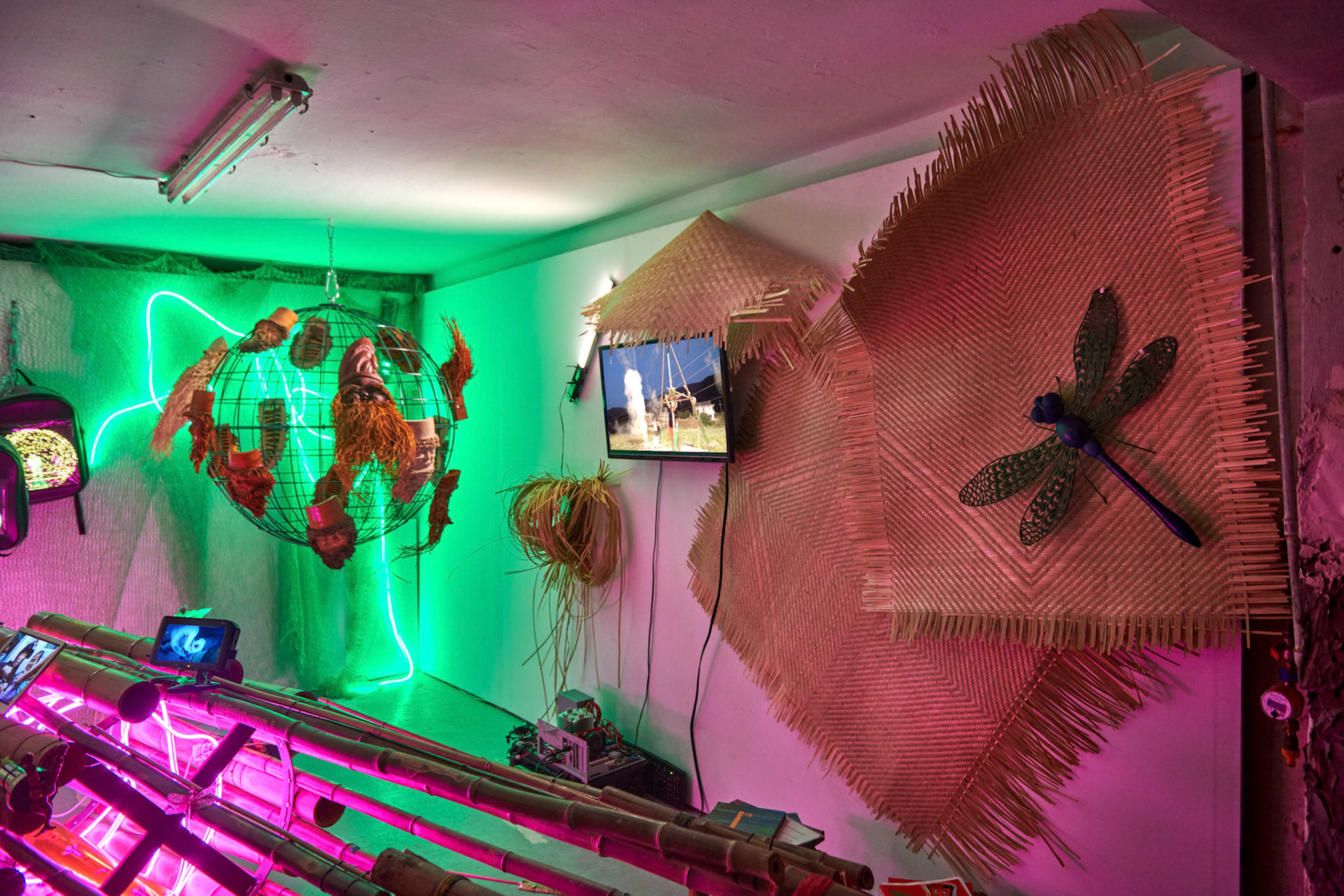 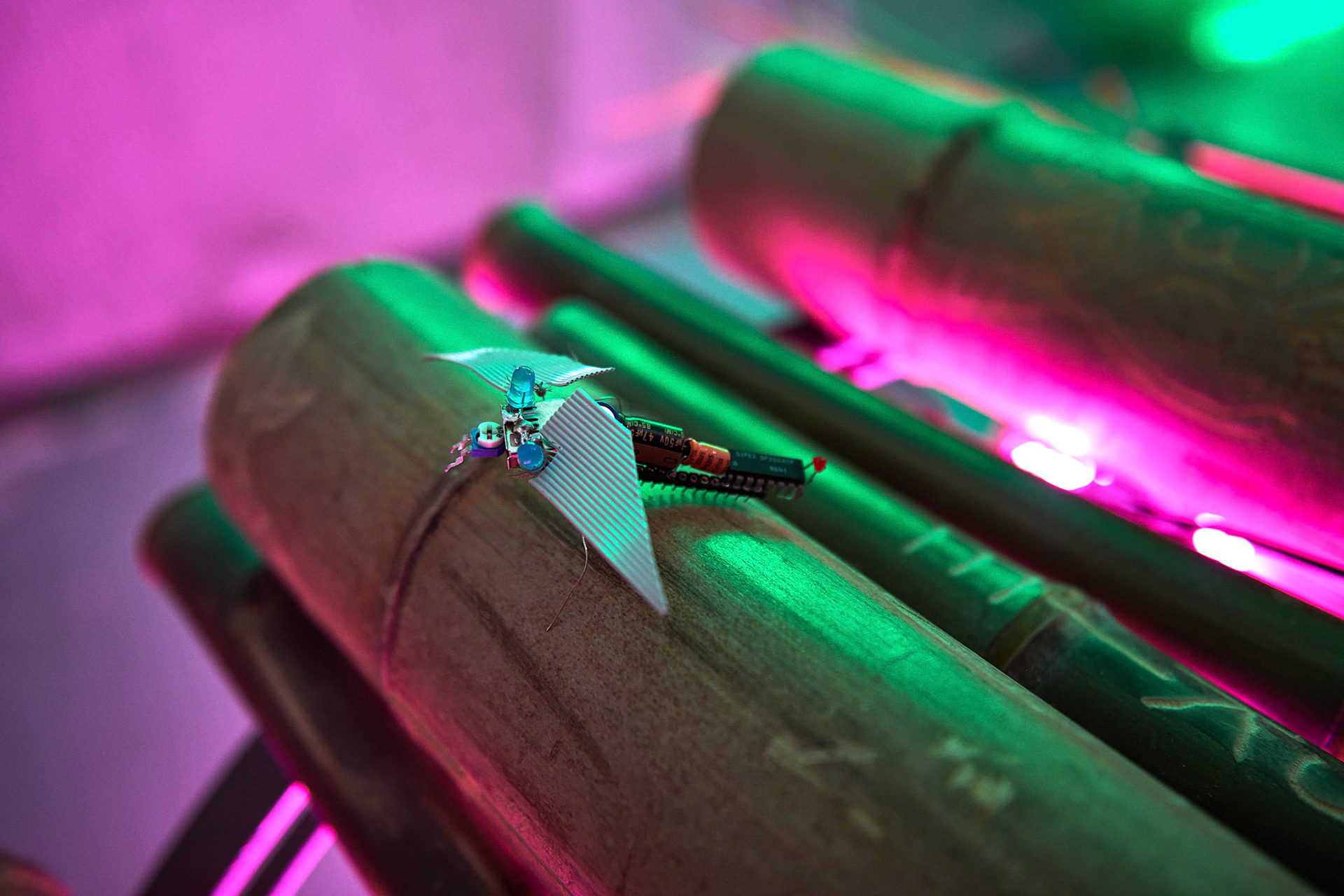 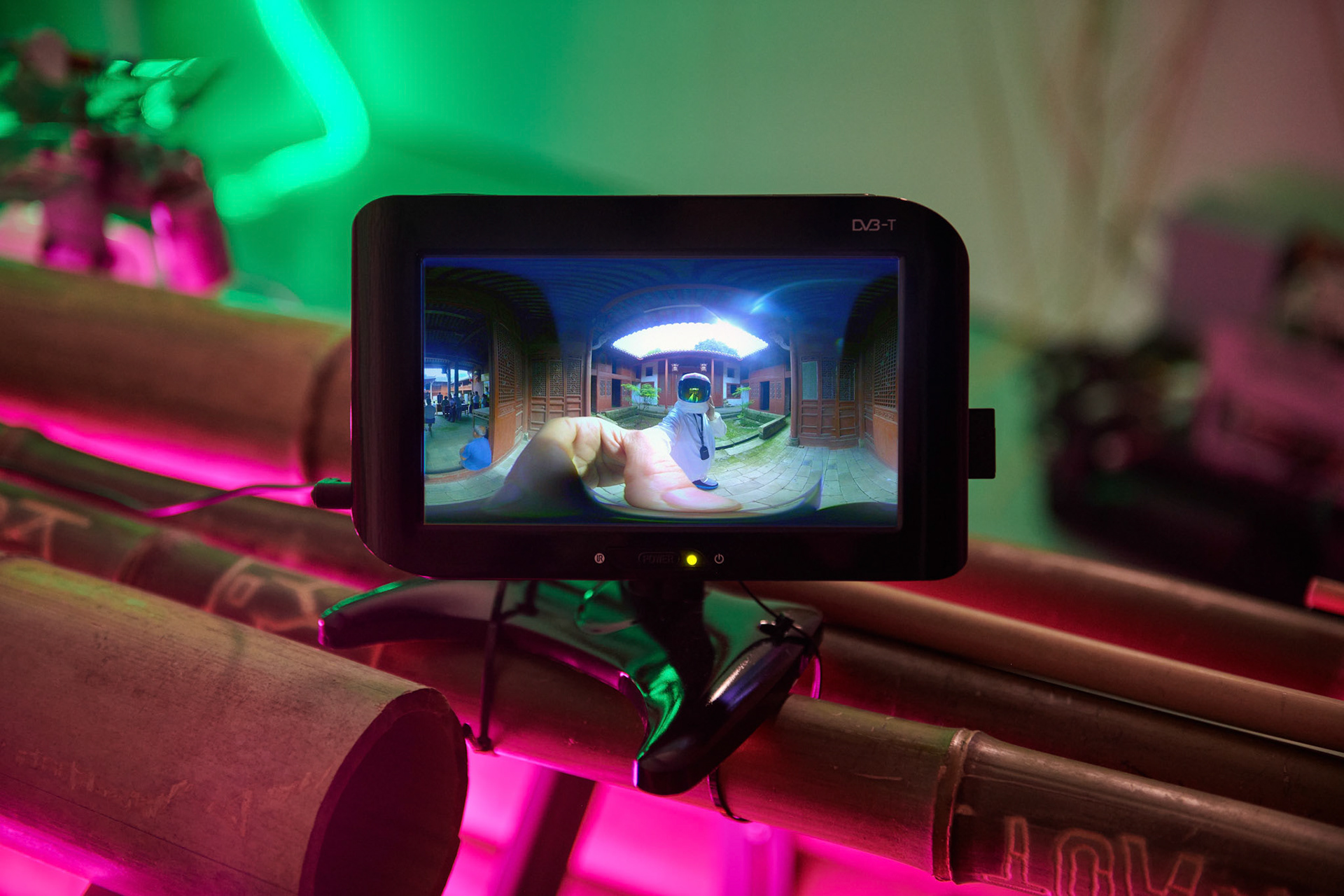 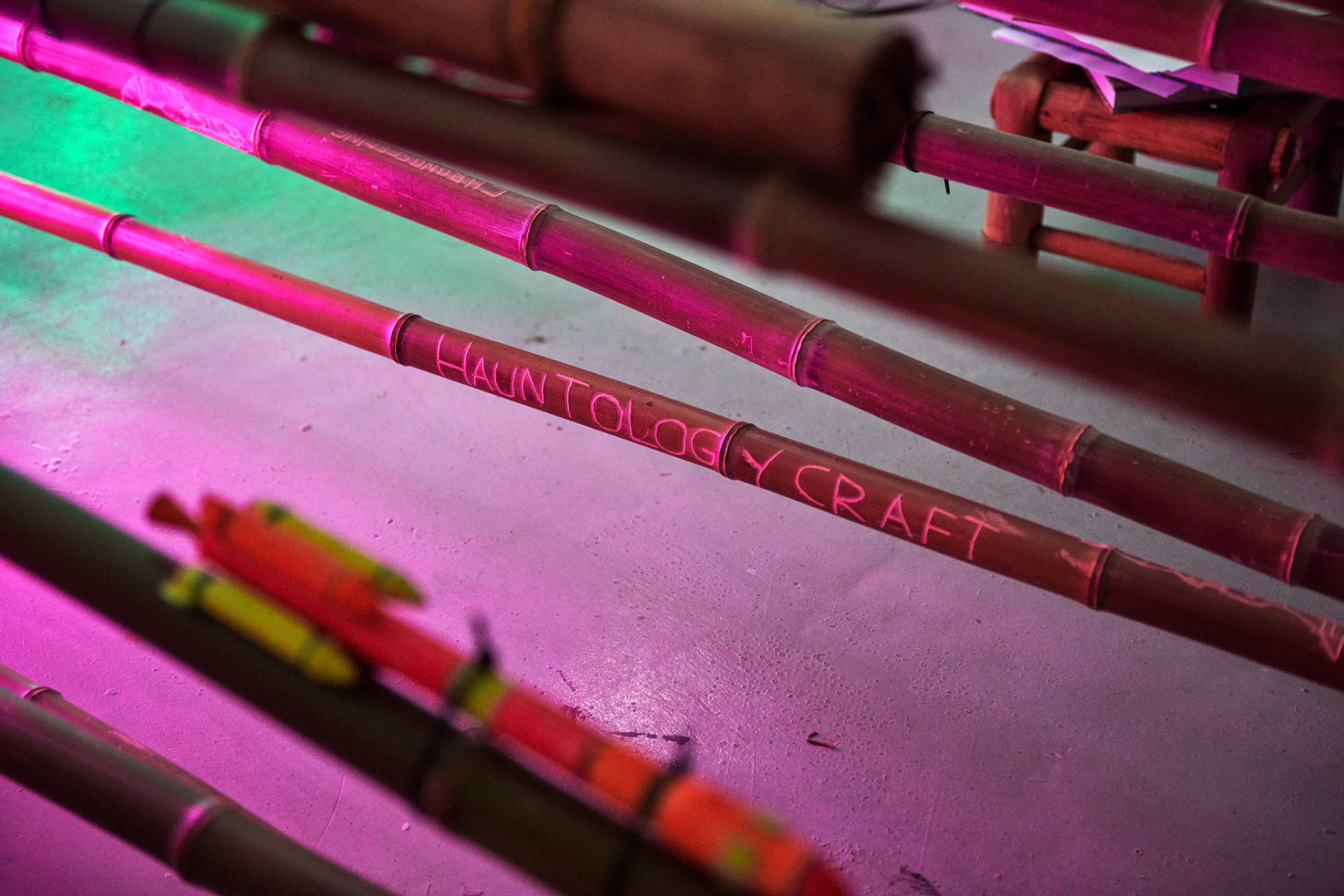 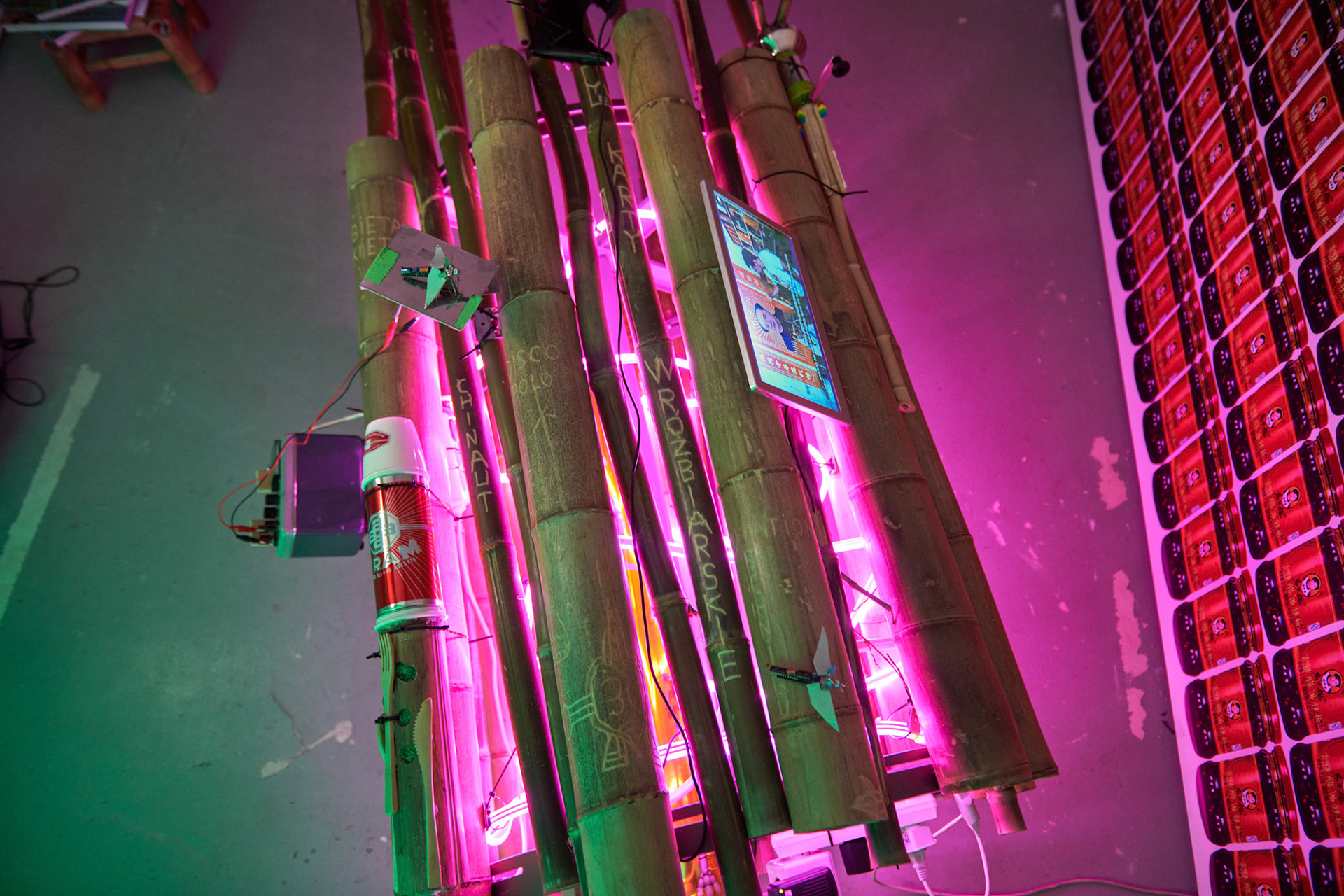 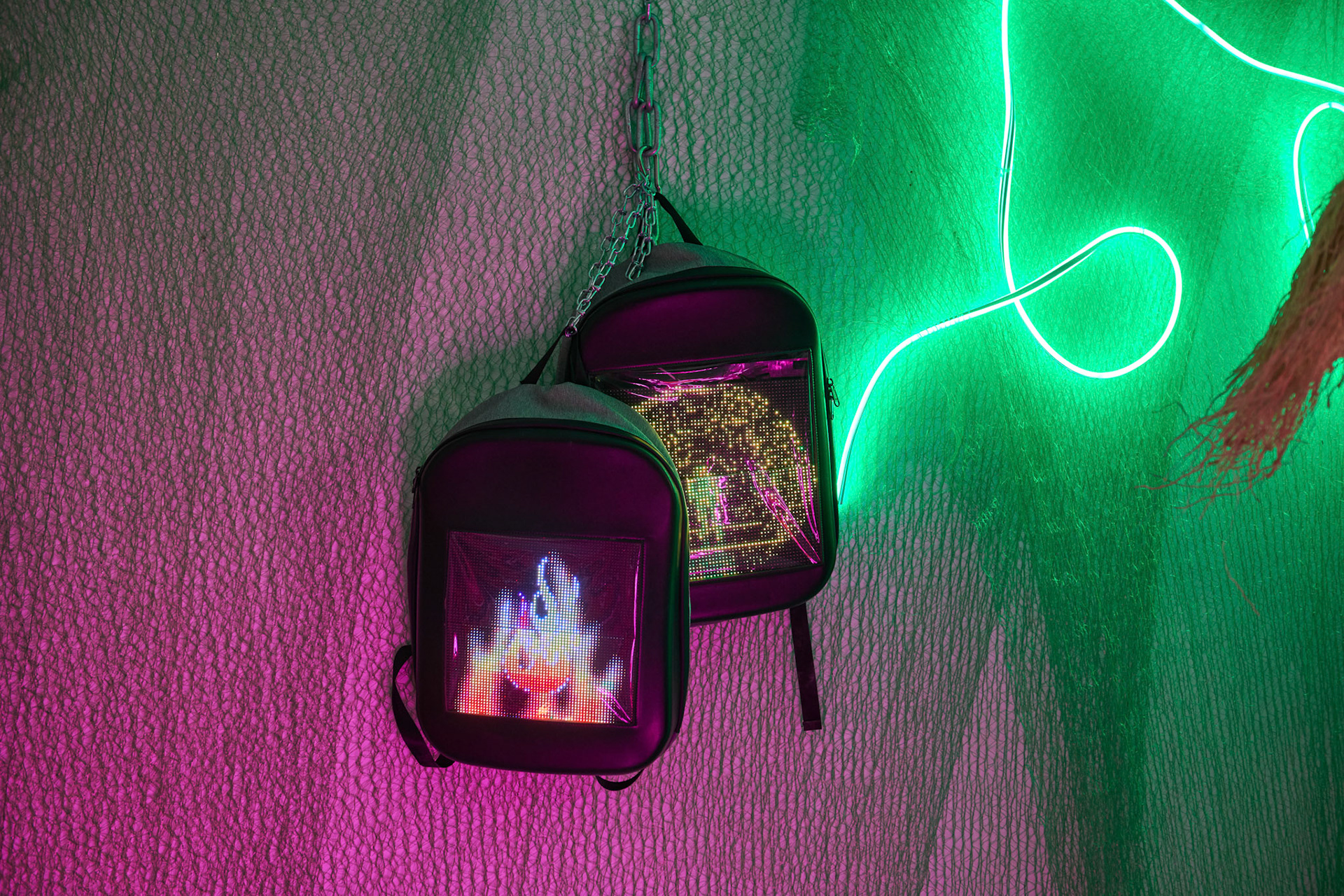 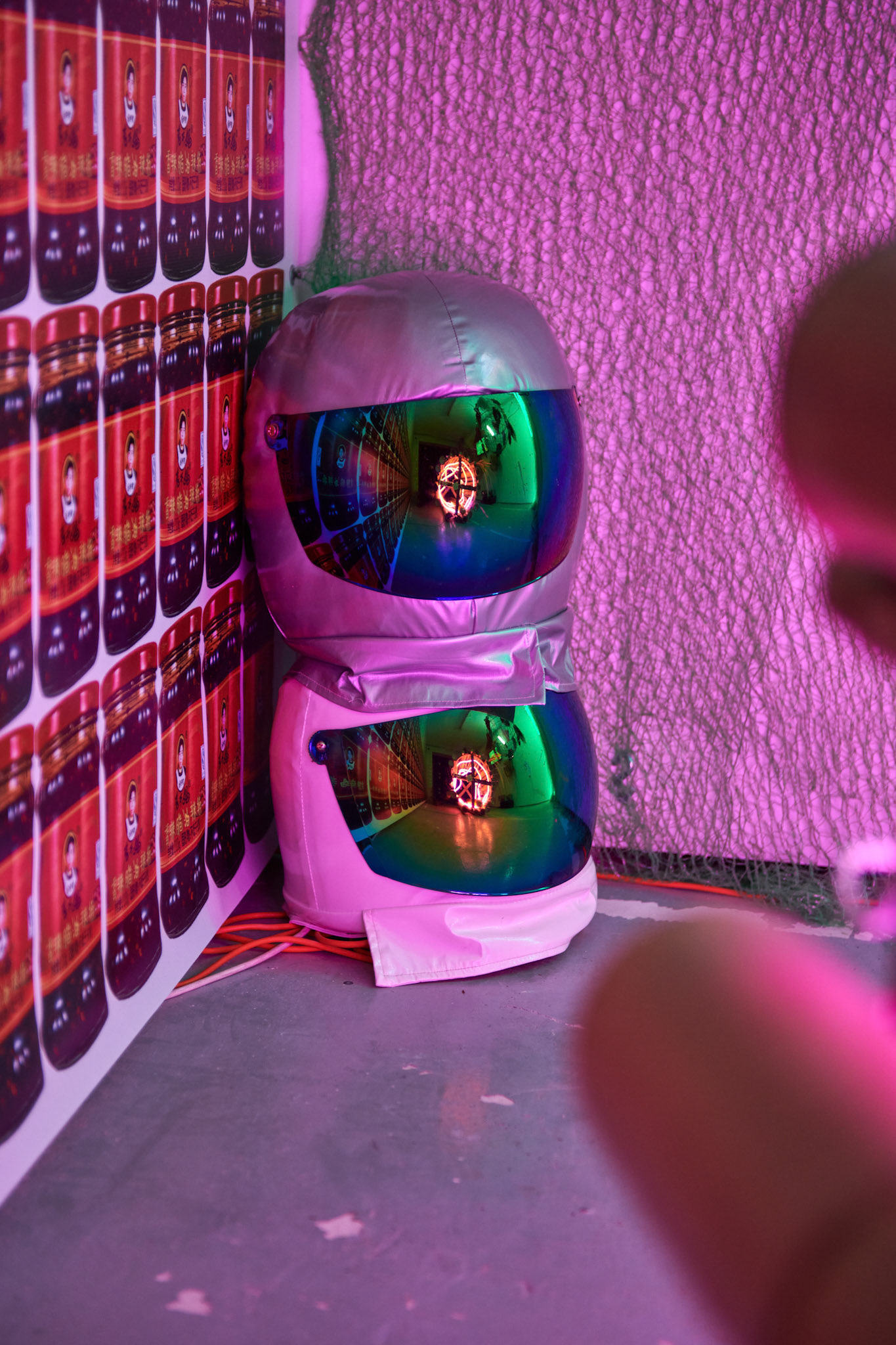 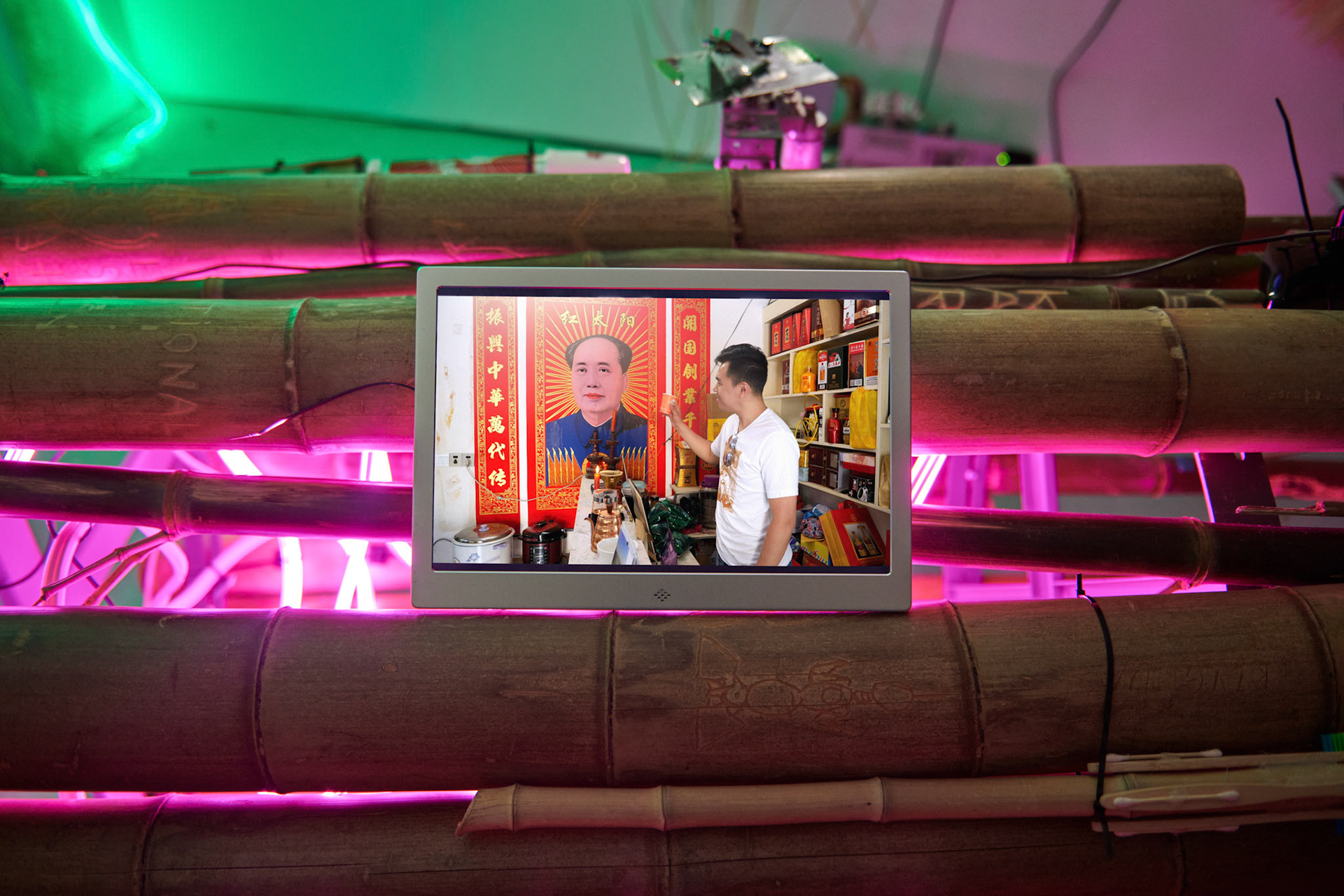 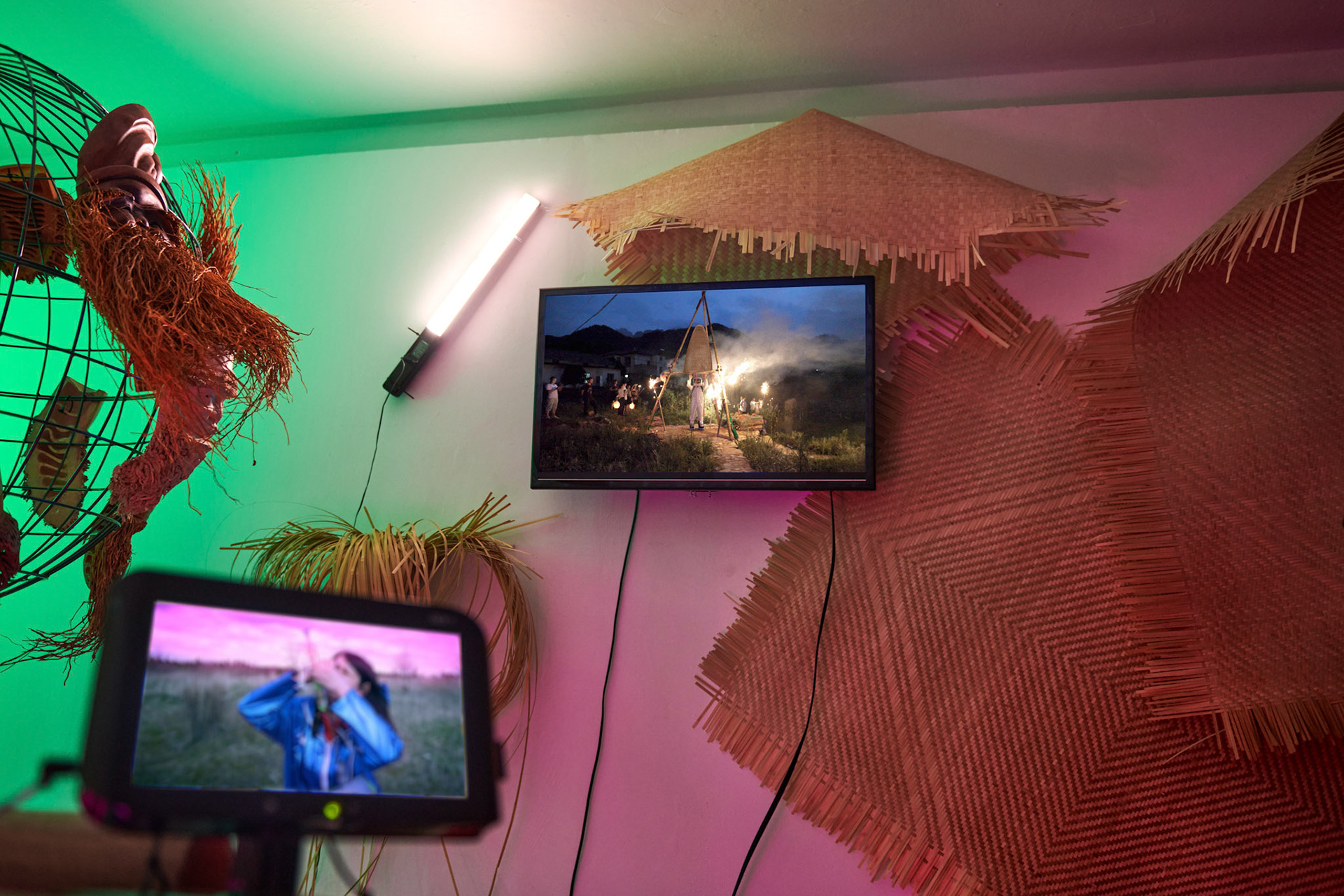 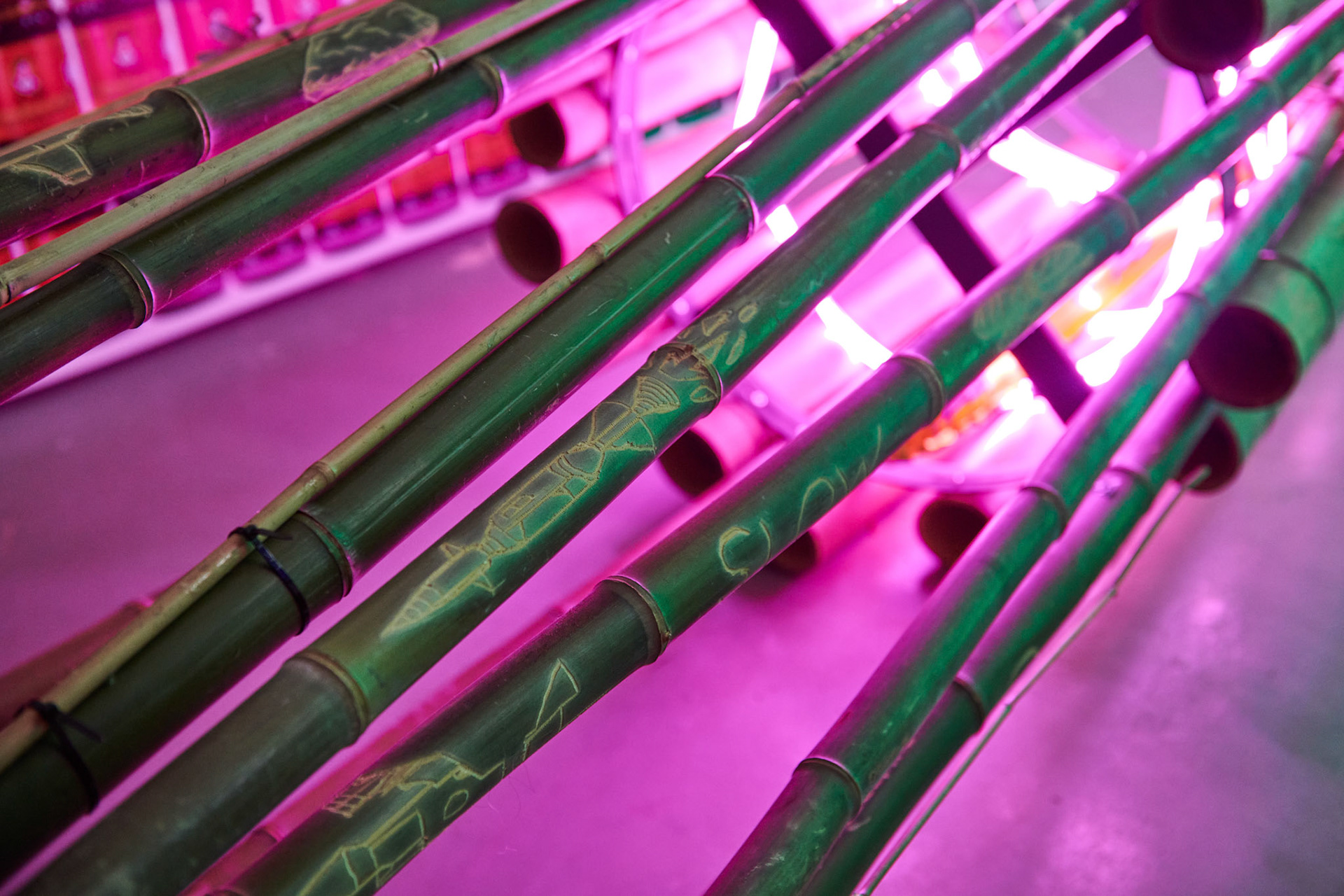 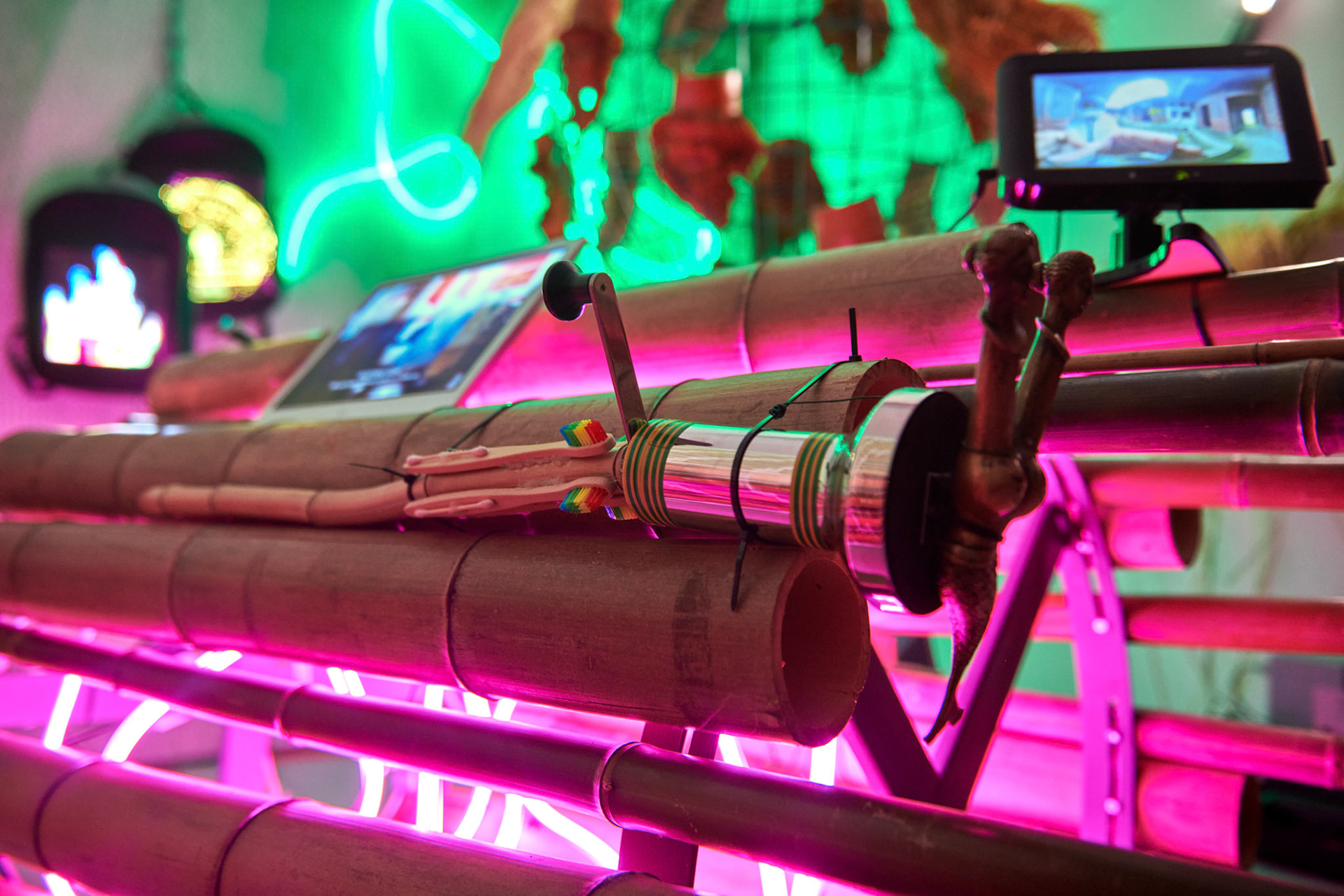 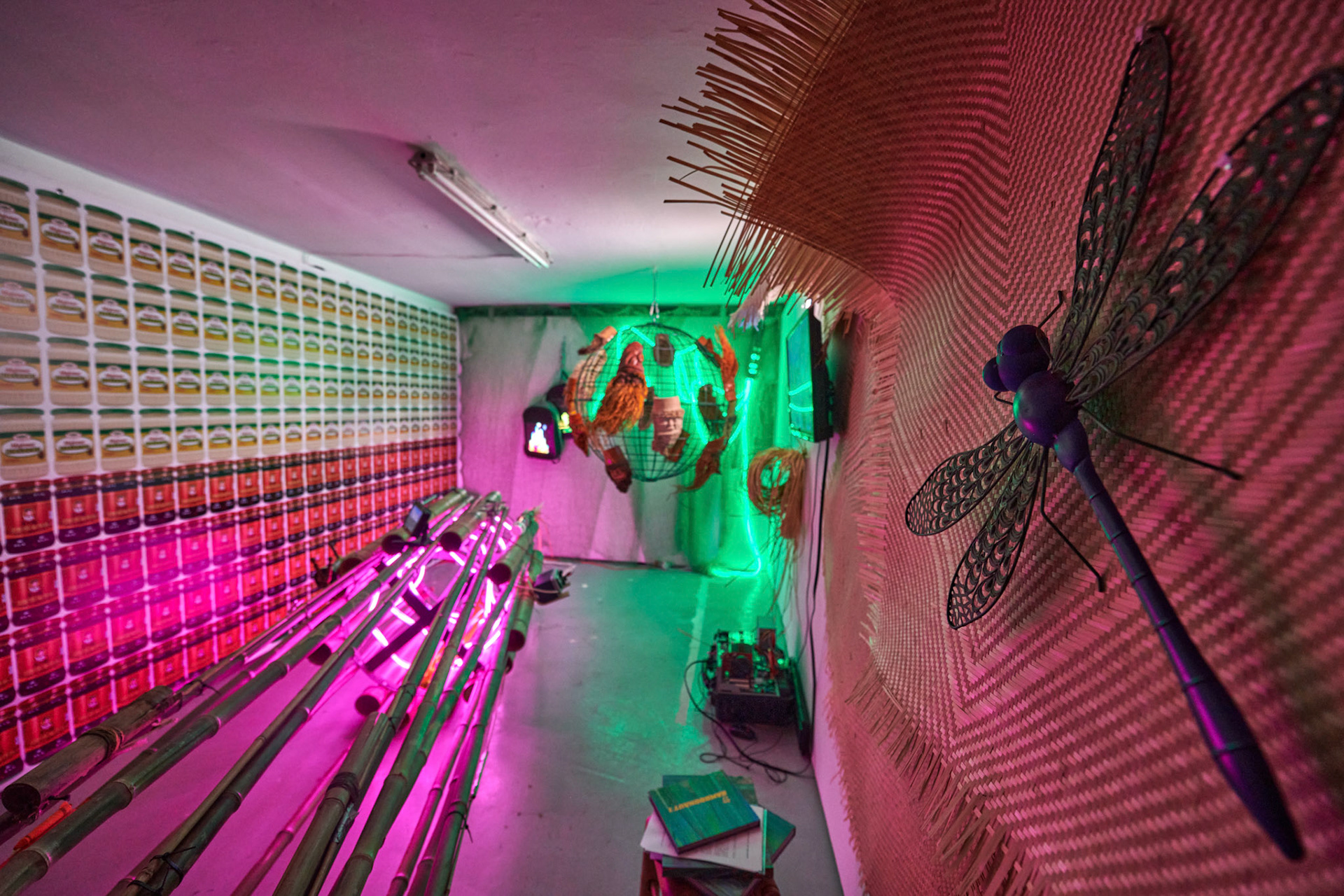 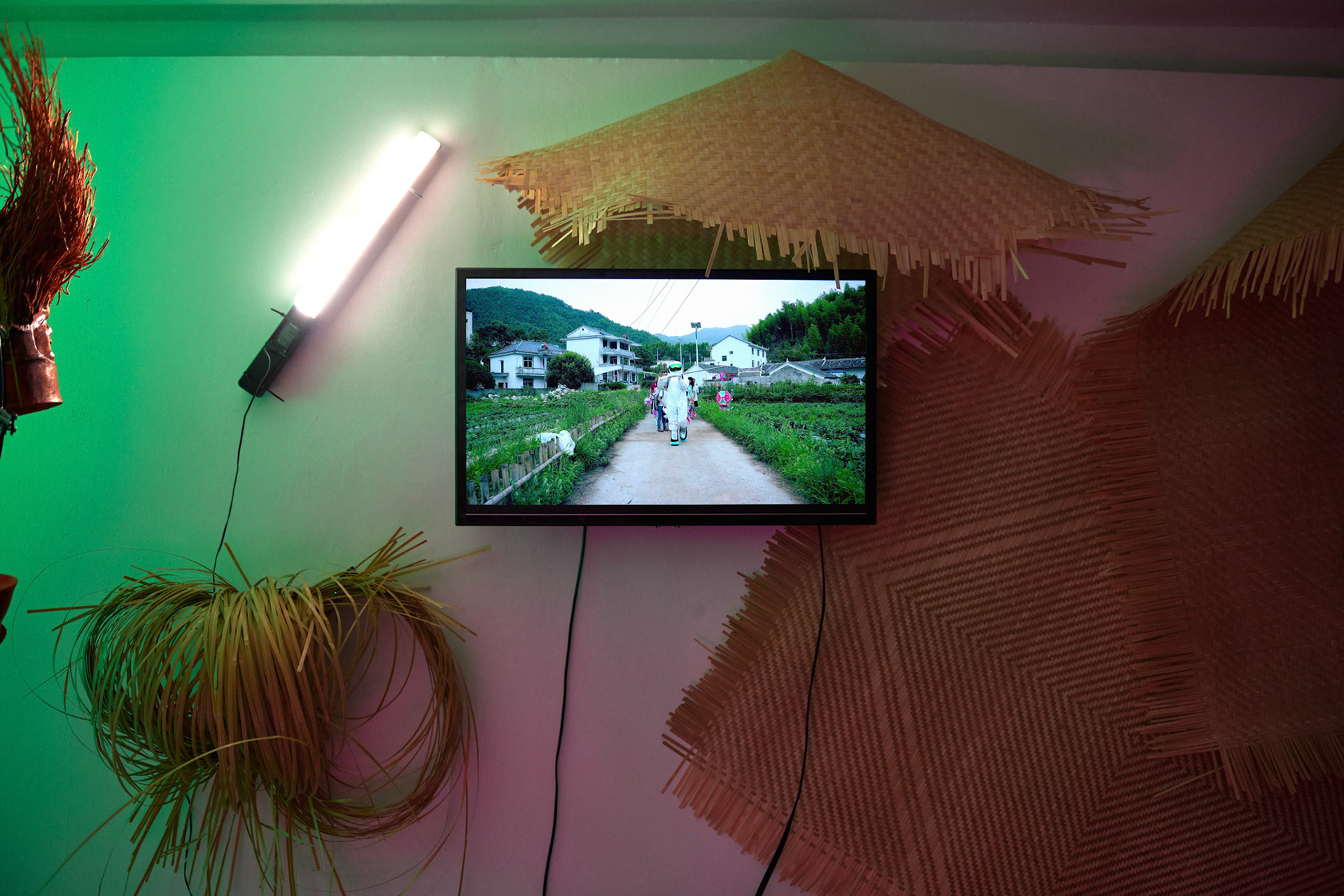 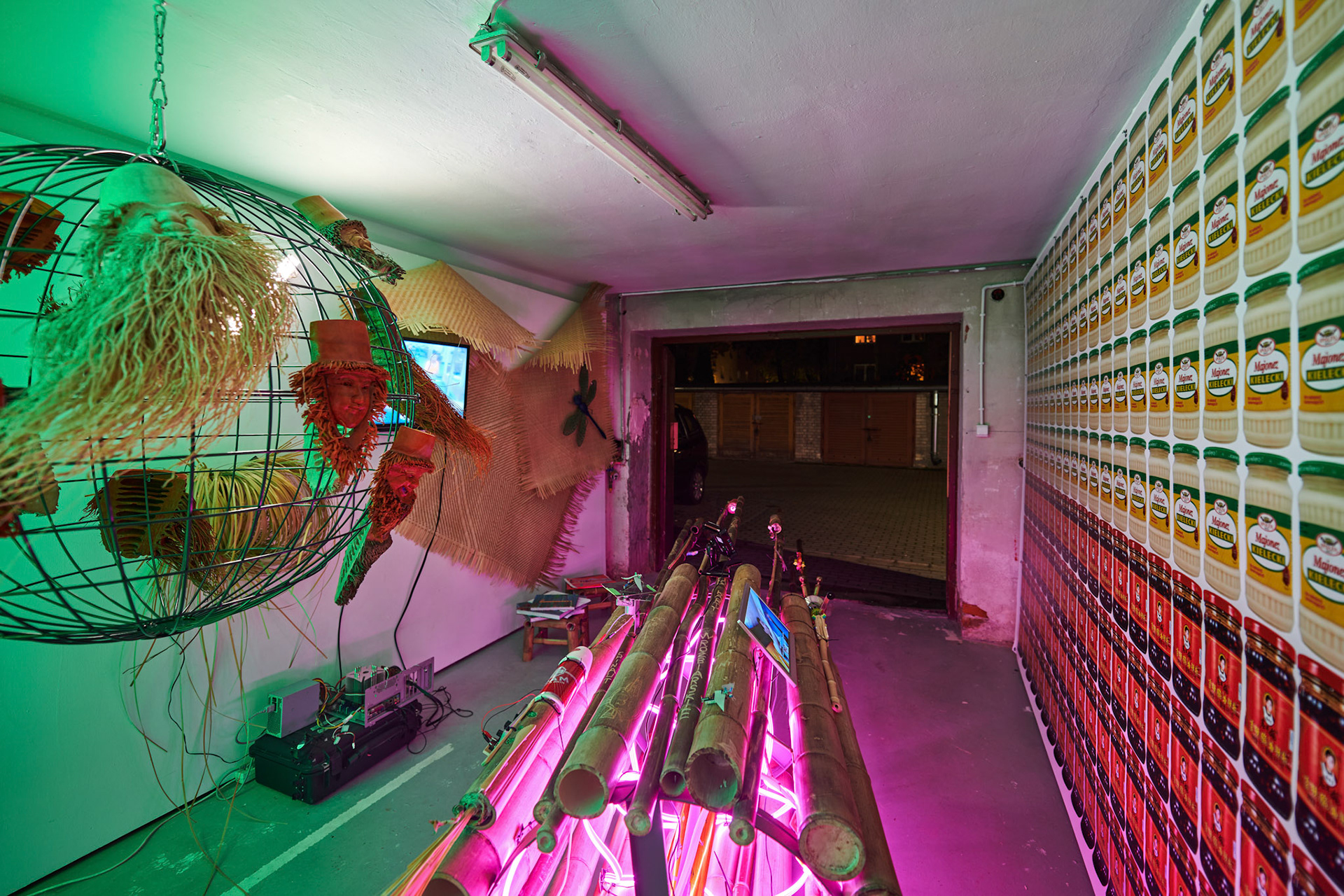 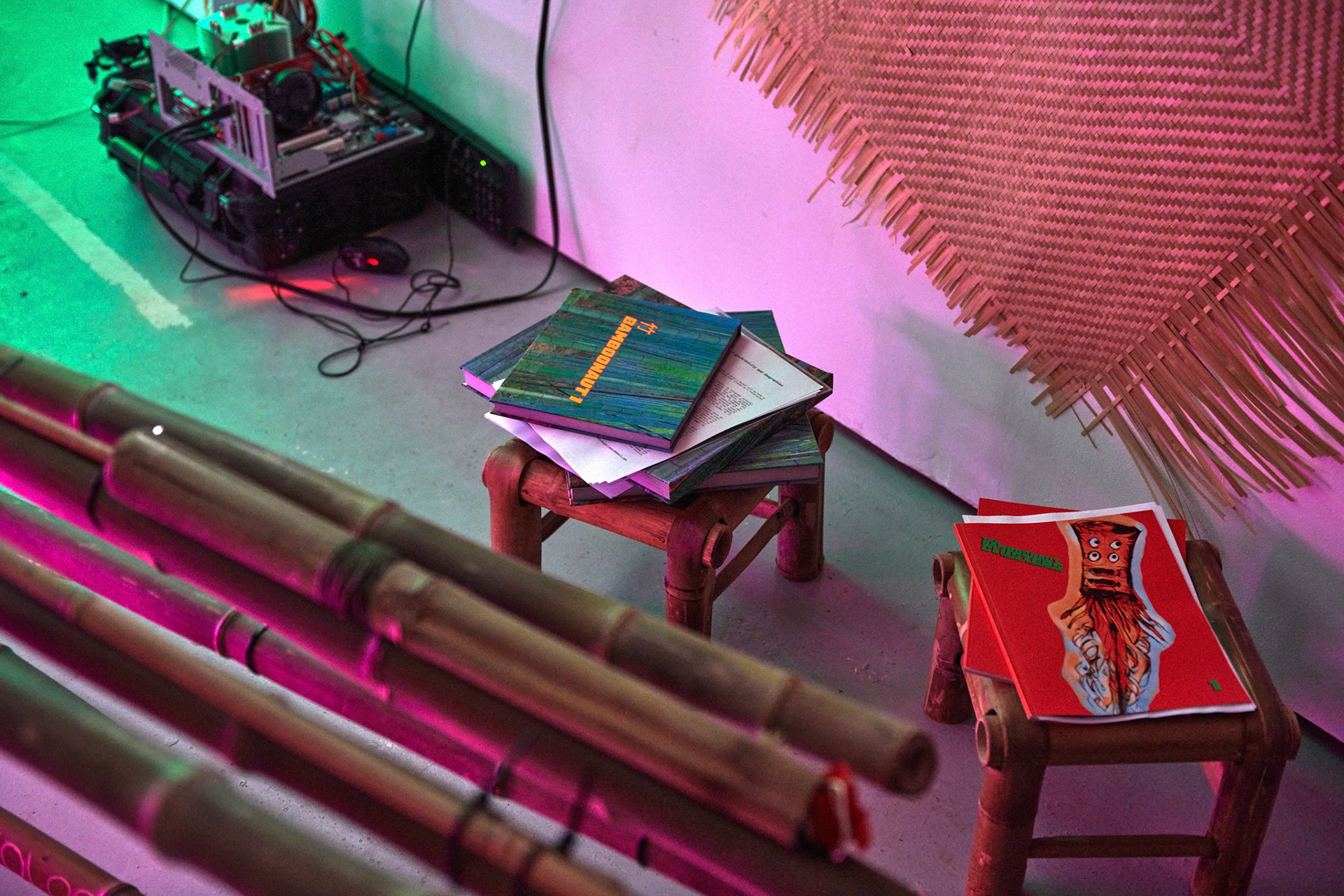 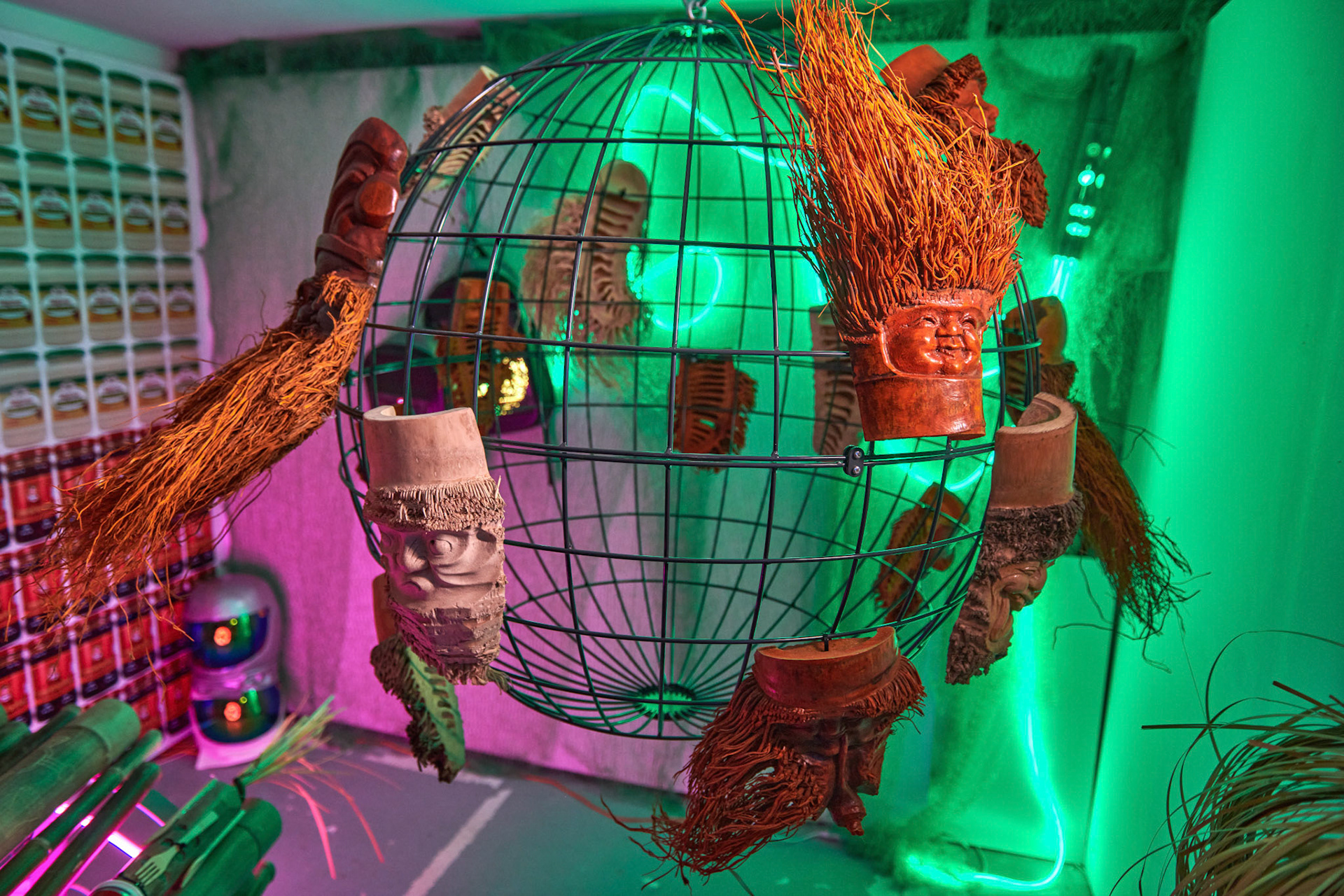 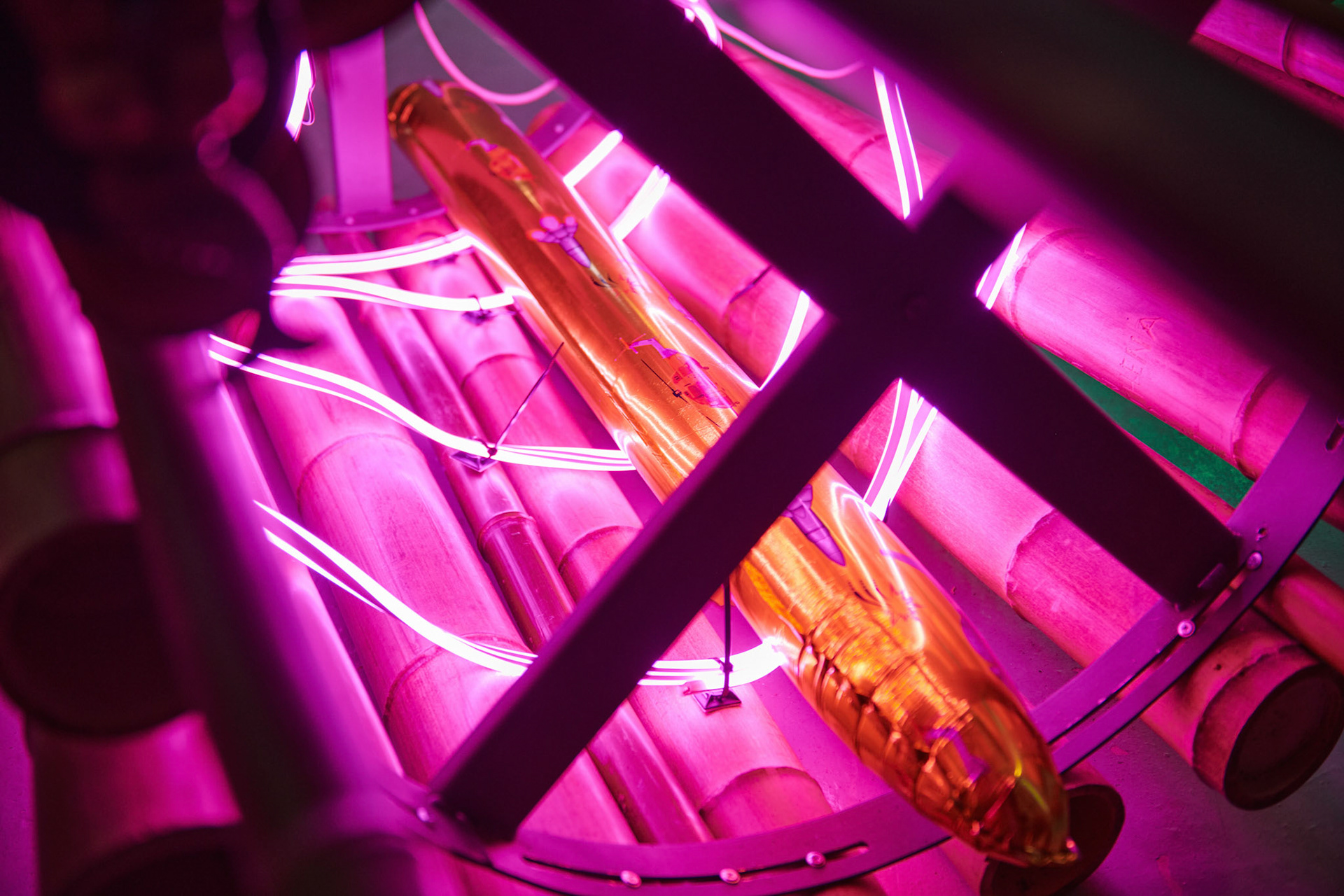